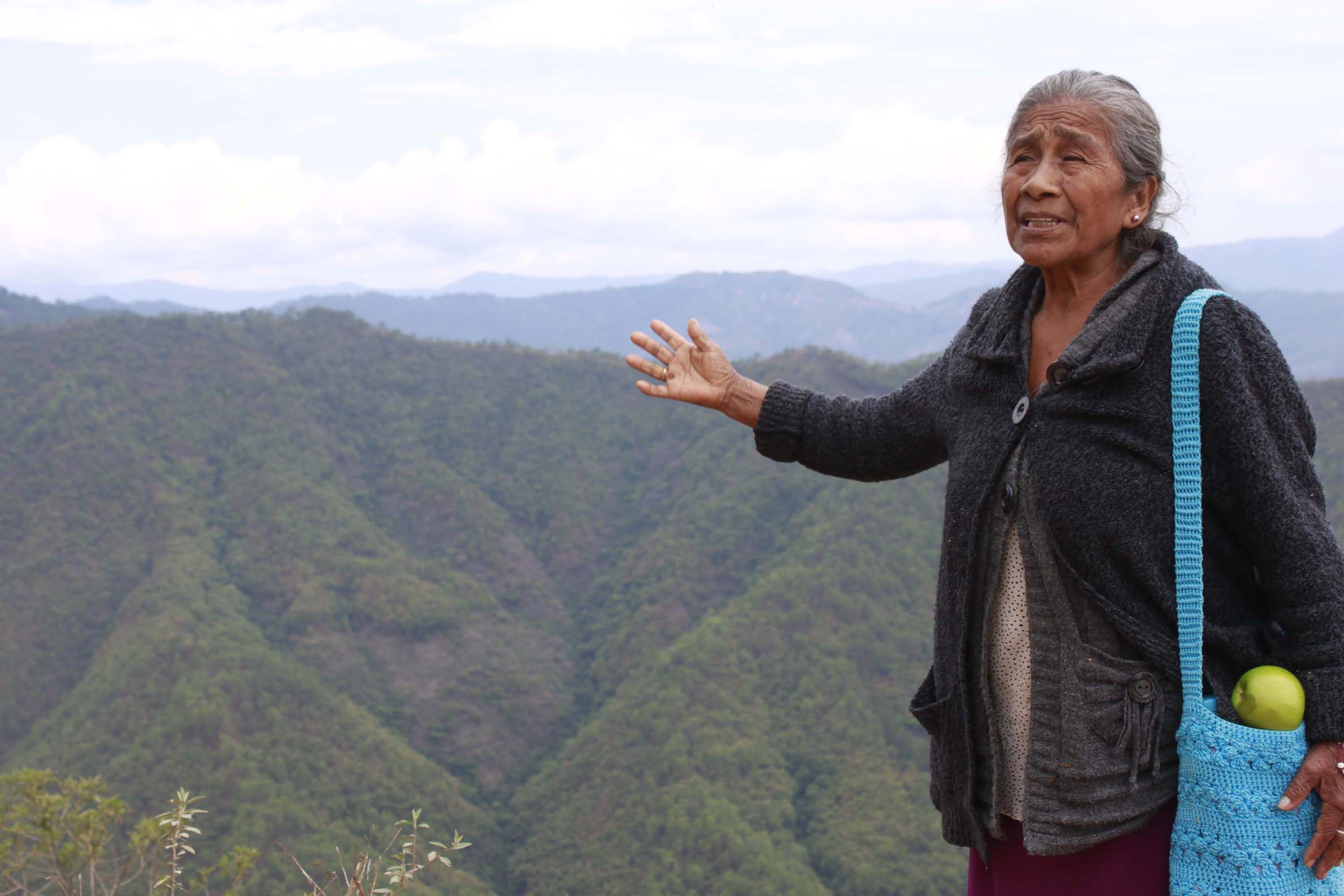 Mexico City, June 26, 2014. – During a press conference, the agrarian, municipal and traditional authorities of the indigenous Me’phaa (Tlapaneca) community of San Miguel Del Progreso – Juba Wajiín, accompanied by their advisors from the Tlachinollan Human Rights Centre, announced that they obtained an amparo against a mining concession given into their territory, while denouncing that the Federal Government intends to reverse the unprecedented resolution. Therefore, the authorities of San Miguel Del Progreso announced they have formally asked the National Supreme Court of Justice (SCJN) to hear their case, in order to analyse for the first time if the Mining Act in force complies with the Constitution and international human rights treaties.

The events date back to 2013, when the authorities of San Miguel Del Progreso – Juba Wajiín submitted various requests for official information to the Ministry of Economy, to verify the rumours of the existence of mining concessions in the Montaña region of Guerrero. This confirmed the existence of two concessions within their territory, covering almost 84% of it, granted for 50 years to a transnational mining company. After proving that their territory was at risk, the Community Assembly determined to legally challenge the concessions, considering that the community had already agreed on an Agrarian Assembly their rejection to conduct any mining exploration and exploitation activity in their territory. This decision was conveyed on an Act of April 17, 2011, which was duly registered at the National Agrarian Register on September 13, 2012.

Thus, on July 15, 2013 San Miguel Del Progreso – Juba Wajiín filed an amparo claim filed before the First Court of District of the State of Guerrero, under the case number 1131/2013. Subsequently, on November 6, 2013 the case was referred to the Third Court of District Auxiliary of the Seventh Region, located in Acapulco, to project the judgment. The lawsuit stated that the administrative procedure, which led to the delivery of concessions violated the Constitution and international treaties ratified by the Mexican State. The legal action incorporated for the first time in recent years, the demand for the Judiciary to analyse whether the provisions of the Mining Act are constitutional and compatible with the American Convention on Human Rights (ACHR) and 169 Convention of the International Labour Organization (ILO).

Despite the fact that during the amparo trial, the federal authorities denied having violated the rights of San Miguel del Progreso – Juba Wajiín; on February 12, 2014 a landmark ruling was notified: the District Judge found that the rights of the Me’phaa Community were violated, having granted a mining concession without consultation in an indigenous territory. The ruling invokes the rights contained in international treaties that Mexico has signed and ratified, such as ILO 169 Convention, and case law of the Inter-American Court of Human Rights (IACtHR).

For the San Miguel del Progreso – Juba Wajiín Community and Tlachinollan, the judgment – issued ​​by the Third Court of District Auxiliary of the Seventh Region and notified by the First Court of District of the 21st Circuit – is certainly an unprecedented achievement in the justiciability of the collective rights of indigenous peoples and communities.

However, the Federal Government challenged the judicial decision. Thus, on March 13, 2014, the Ministry of Economy filed a motion for a review, in which among other things, the Federal Government denies the existence of the right to prior consultation in the case of mining concessions. Meanwhile, San Miguel Del Progreso – Juba Wajiín Community submitted as well an appeal in order to the second instance to analyse the unconstitutionality and unconventionality of the Mining Act. After completing the integration of the file, the case was sent to the Second Collegiate Court on Criminal and Administrative Matters of the 21st Judicial Circuit, located in Acapulco, where the appeal was accepted on June 24, 2014, under the case number 167/2014.

Aiming for an imminent resolution of this important case, the authorities of San Miguel del Progreso – Juba Wajiín sent last June 25, a letter to Minister Jorge Pardo Rebolledo, requesting the First Chamber of the SCJN to hear their case and to deeply analyse the Mining Act. The appeal argues that there is no legal precedent on this issue, which has acquired considerable social importance given the multiplication of social conflicts arising from the granting of mining concessions in territories of indigenous peoples and communities.

During the press conference, the representatives of San Miguel Del Progreso – Juba Wajiín regretted that the Federal Government has decided to challenge a ruling that recognises the rights of indigenous communities as never before, and reiterated their call for the Supreme Court to attract their case and thoroughly analyse the mining legislation. Today, this normative framework is used to dispossess indigenous peoples of their land, ignoring that from the indigenous worldview land is not a commodity; their territory is the material basis of the reproduction of their culture and is impregnated with their spiritual values. From this perspective, they emphasised that the best defence of their territory is the community organisation, which will persevere regardless of the outcome of the trial.

In addition, Tlachinollan noted that a review of the case of San Miguel Del Progreso – Juba Wajiín by the SCJN is a historic opportunity for the national Highest Tribunal to establish criteria for the protection of indigenous peoples and communities’ rights against large-scale economic projects designed without consultation. In this regard, they noted that in such cases, the SCJN must endorsed its commitment to human rights for which has recently received an international recognition. They also stressed that a thorough analysis of the Mining Act by the High Court not only will benefit the communities in the Montaña of Guerrero, but many others which today are affected by mining concessions; as it is estimated to have been granted nearly 2,173,141 hectares in concessions in indigenous territories since 2000. 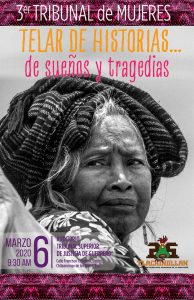 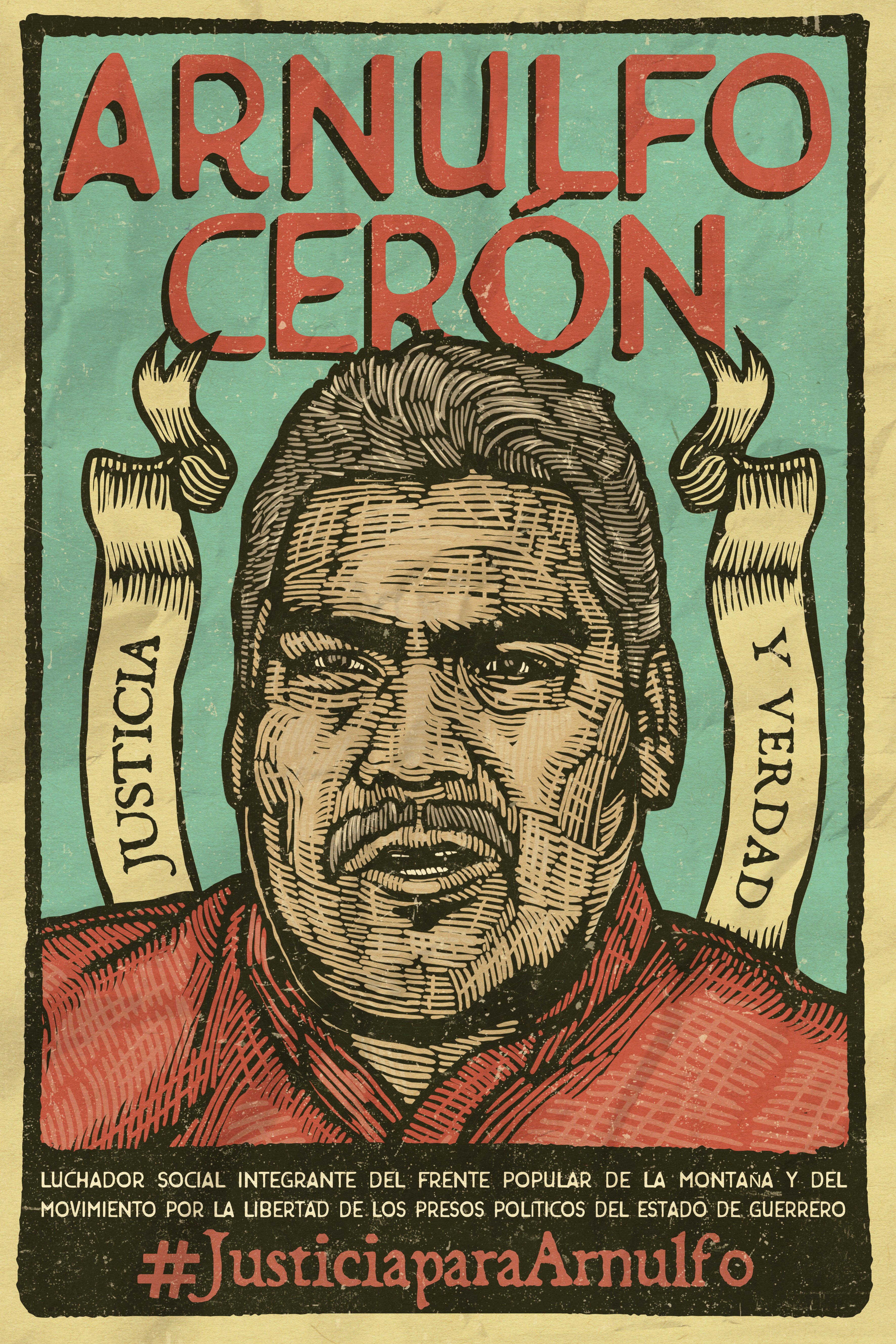 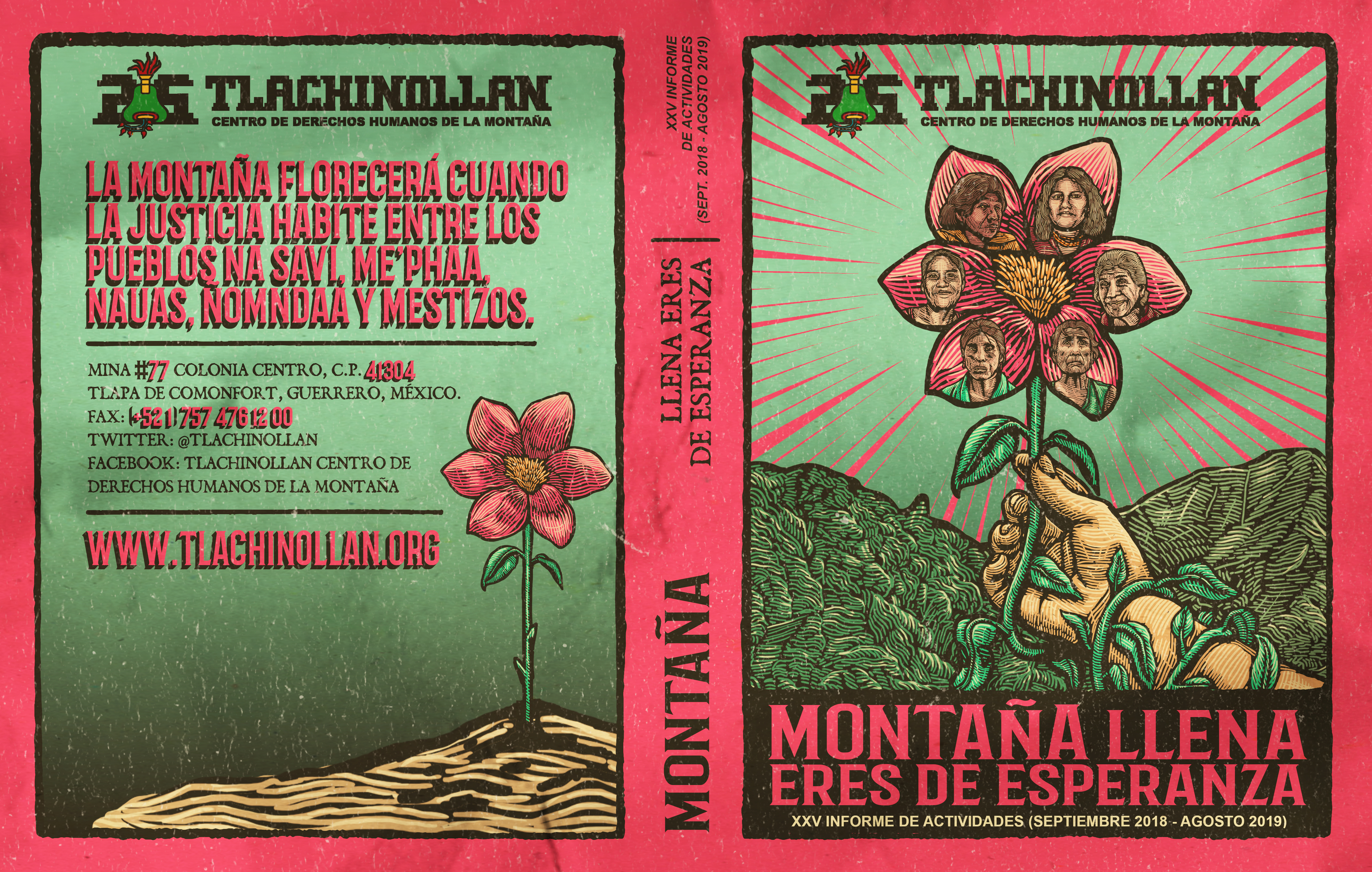 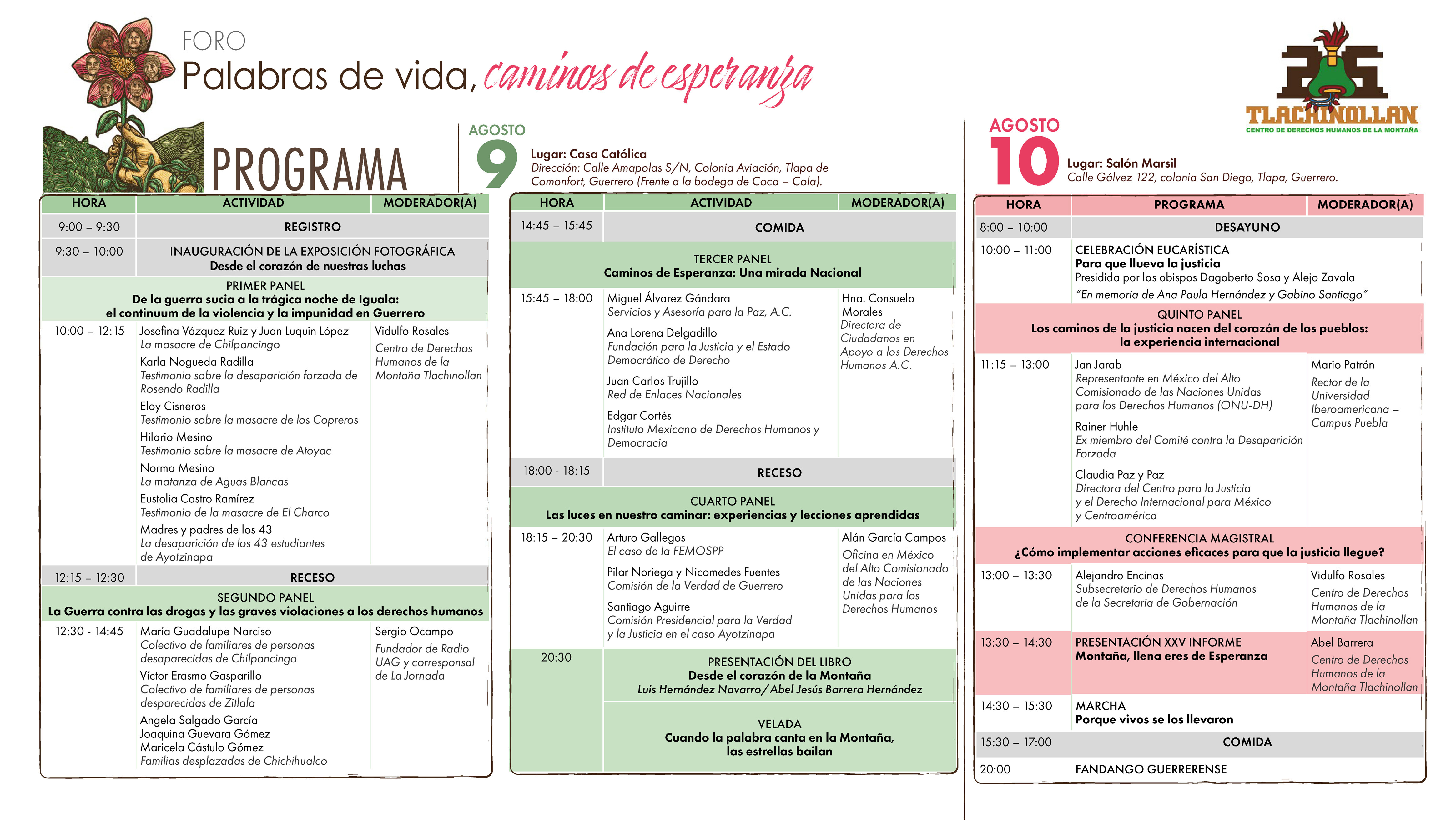